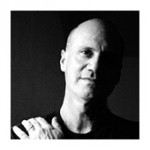 Howard Fox was born in Canada. He studied Education B.F.A.H. at York University, Toronto where he met his Israeli-born wife, Dorit, and moved with her to Israel. He currently lives and works in Carkor, Israel. Howard Fox is well known in Israel and worldwide for his original style of painting and subject matter which he calls “Fiction” : the weaving of realism and imagination.

“All I have to do is throw seeds in every direction, and wait to see what grows.”